Although they’ve been around for years, over the past few seasons the Nitro team have gone from strength to strength. Two highly acclaimed team movies – The Bad Seeds and Boom! – contest domination from Markus Kleveland and the Drink Water phenomenon are just a few to name, and alongside all of that their product line has been following suit.

Most eye-catching on the ISPO stand this year was, of course, the new line of ‘Quiver’ boards (shown above) that had everyone shaking in their boots. Simple block colours just serve to highlight the range of experimental shapes, initially started to serve the needs of Bryan Fox and Austin Smith but now providing set-back fun for the whole team. By our count there’s now at least six shapes in the line, with a few coming in multiple sizes and colours, and the word from their riders and people lucky enough to test them already is that these things go like the clappers both on groomers and in pow!

The other highlight for us was the topsheet graphic on the Good Times, featuring a stack of classic snowboarding VHS tapes sure to set ‘old days’ enthusiasts’ hearts a-racing, right in line with the current trend for ‘membering how things used to be.

All in all, another solid showing from Nitro. 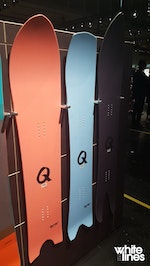 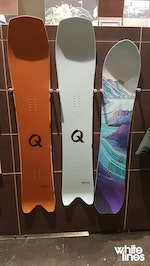 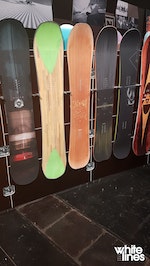 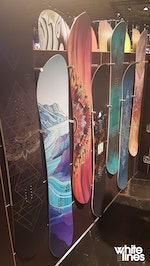 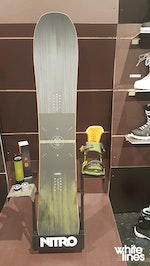 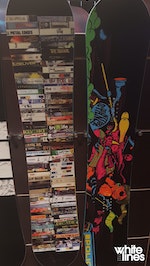