Roxy’s Mervin-made boards keep on along a similar thread for next season – providing women’s kit that’s well-made, eco friendly, and packing much of the tech you’d expect in a Lib Tech or Gnu whip.

As with last season, they’re also offering speed entry and traditional bindings; but the winds of change have blown on their board/binding package deals, where the Wahine gets beefed up to a camber profile, and the Glow steps in to fufill the flat profile offering.

Have a leaf through some pics. 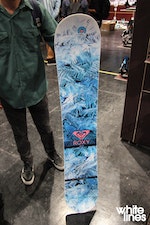 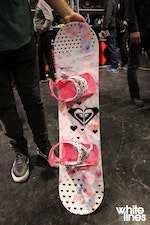 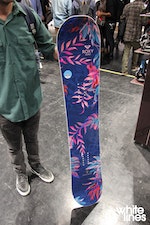