There are plenty of 80s/VHS themes at play in Drake’s snowboard design work going on for next year – carrying on the general theme of nostalgia that we noted at Avant Premiere this year.

One of the big focal points on their stand at ISPO was a collection of collab products made with Drake/Northwave Hungarian offshoot Pinetime Clothing – featuring a common print theme in the style of Picasso’s Guerinca, and a rethinking of the Green Battle snowboard with a fresh freeride shape.

Of course, this being Drake, there’s a bunch of fresh bindings to look at too. 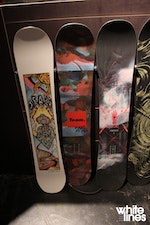 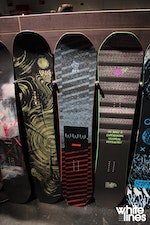 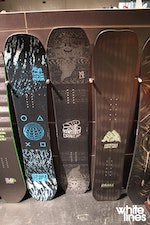