There’s an old adage that we respect here at WL HQ: do one thing well. Jones make high end snowboards for beardy freeriders with wooden topsheets and mountain-themed graphics, and by God they do it well. So, much like last year, not a lot had changed at their ISPO booth when we popped by for our annual visit. Even British artist RP Roberts who provided paintings for a lot of the range this winter was stationed pretty much just as we’d left him in 2016.

However, there were a few new additions in amongst the classics and carbon. The Mind Expander is another variant on the short and fat pow stick that they tried their hand at with the Storm Chaser a couple of years ago, which itself is making another appearance next year, as well as a split version for touring treelines in Japan. We’re calling it now: a carbon version will be on show at ISPO 2018.

There’s also the Lone Wolf, a fierce-looking swallowtail shape that looks like it will tear up groomers as well as the pow fields it’s targetted at. If you’re after soft park boards then scramble outta here with your bib pants rolled up, but if you’re into Gore-Tex and ticking off peaks then once again Jones look like they’re running the show. 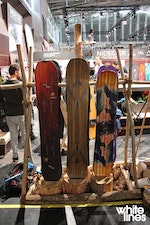 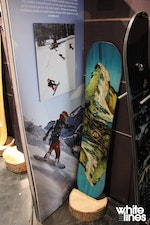 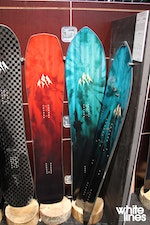 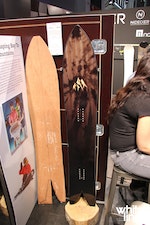 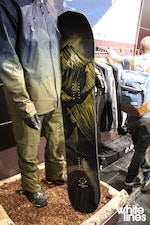 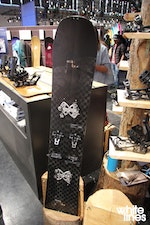 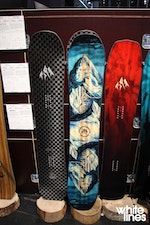 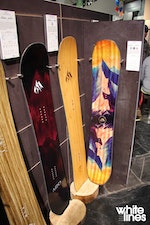