Rather unusually, at this year’s ISPO Protest decided to showcase their 2017/18 highlights on the roof of a makeshift coffee stand, though over an americano their usual bold mix of colours still shone out over crowds. Deliberately taking inspiration from mainstream fashions has resulted in a strong palette and line for winter 2017/18.

As well as their outerwear range, there’s also a heap of great Thinsulate mid layers, plus thermals and streetwear. In fact, the Dutch brand had one of the heftiest catalogues we saw over the whole week, so don’t be surprised if you find the jacket you’re after in the range next winter. Here’s a quick peak at what to expect: 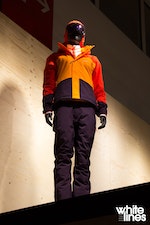 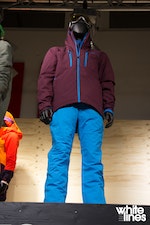