Even Jeremy Jones takes a small break from exploring the world when it comes to ISPO. He was in Munich again this year with the Jones 16/17 line-up – including a couple of new models, shapes and sizes, and the apparent perfection of what Jones call ‘Spoon’ board contour patterns.

On many models throughout the range you’ll spot the development of this 3D surf inspired shaping in the nose and tail, following the idea that you should be able to roll onto your edges in deep snow, giving added fluidity to your ride, as well as offering the obvious floating benefits of an upturned shape at either end of your board.

Completely fresh boards for next season are the mysteriously named Project X (a futuristic ultra-light design made for carving and freeride) and the grom-ready Prodigy (a high-end mountain twin for younger riders), as well as a split version of the Storm Chaser. Jones have also come up with new shapes for the Ultra Mountain Twin, Mountain Twin, Explorer, Explorer Split and Twin sister, and added new sizes in may different models too.

Tech wise you’ll also find a new Bolt Less Bridge on splitboards (stopping clip bolts from interfering with the base of the board), fusion tech (saving weight by replacing the topsheet with epoxy), four new wood core designs, recycled rubber dampening and much, much, more spread throughout the range. Jones have not held back! 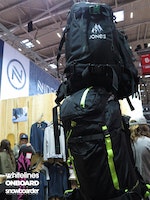 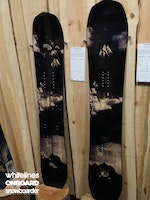 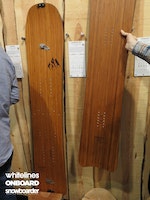 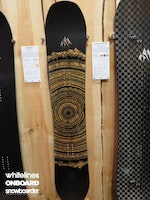 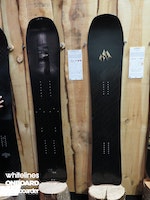 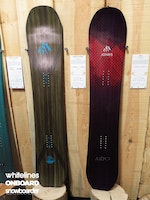 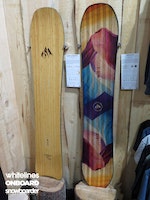