Since 2002 the Stay Wild! crew having been wrecking about the place, with high-end outerwear, styles for all sorts, and an enduring mantra promoting the lighter side of life.

Accompanied by their pro team: Brandon Cocard, Tim Eddy, Nick Dirks, Temple Cummins, Scott E. Wittlake and Leanne Pelosi, they make one hell of a force to be reckoned with. Providing much coveted items, from thermal Merino Ninja Suits, to the 30k/20k ‘Beast’ range an now also an expanding range of technical street wear for when you’re dragged, kicking a screaming, away from the mountains.

This coming season, look out for a new ‘Critterflage’ camo design in collaboration with Frenchman Lucas Beaufort, as well as new themes in their dark ‘Night Jungle’ print. Then find your tweak with ‘Blaster’s ‘Stretch Canvas’ 15k/10k fabric on selected items, combining technical outerwear with the flexibility needed for freestyle. Also, rest easy in the knowledge that there are Airblaster outerwear choices that are dye free, saving resources and using less chemicals, available on all taffeta linings, and 4 key styles in the range. 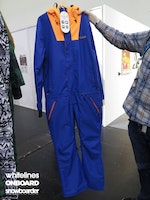 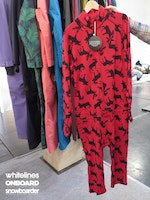 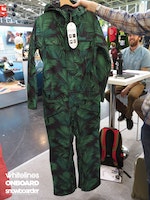 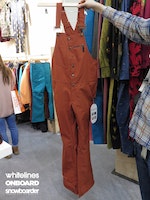 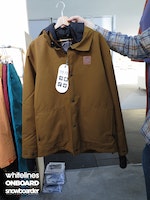