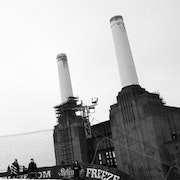 Started in 2008, London Freeze is the UK’s only real snow and music festival. Taking place every year in the shadow of famous London landmark Battersea power station, Freeze is moving to a new home for 2013.

Despite the new location you should still expect all the usual antics from Freeze. There’s the towering 32 metre high ski jump with 500 tonnes of real snow that plays host to some of the worlds best riders. Alongside this there’s a 10,000 person capacity music tent and other music areas where the likes of Grandmaster Flash and Public enemy have played in the past.

The event has been part of the FIS world tour, but last year the form was mixed up to an invitational format in order to allow more top riders to come over and ride in the capital city. Freeze has also been host to the Whitelines battle of Britain which, alongside being one of the most prestigious competitions on the planet ever (if we do say so ourselves), sees the UK’s best riders pitted against the rest of the world. In 2012 Dom Harrington walked away with the number one spot beating 2011 champion Billy Morgan. Billy might not have won he Whitelines Battle of Britain in 2012 but his world beating performance in the big air invitational cemented his place as one of the brightest rising international super stars.

The atmosphere on Saturday was electric as Billy won on home turf and if you live anywhere in the UK you haven’t got an excuse for not getting down to Freeze! There’s nothing quite like seeing world class snowboarding in the centre of London and the party is epic. It’s like Glastonbury but with a giant park jump and riders doing double corks instead of the hippies playing with diablos by the stone circle. Apparently they also have some skiers riding at Freeze, but no one cares about that do they? Full refunds or transfers available for anyone that has already booked a ticket.
7 years ago | by tristan 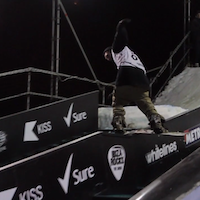 How smooth are this pair?
7 years ago | by tristan 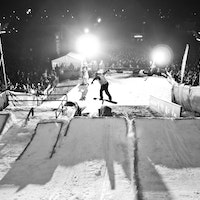 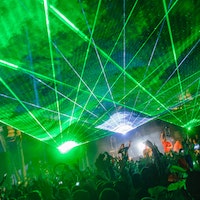 All playing on a mountain near you...
7 years ago | by tristan This music line-up's looking heavy...
7 years ago | by Rachel Check out our rundown of the top 5 Snow Festivals happening this winter, and get planning!
7 years ago | by Sam Oetiker 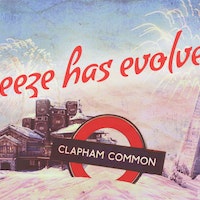 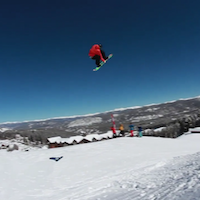 Billy Morgan talking about his season and looking at where he is now.
8 years ago | by Sam Oetiker 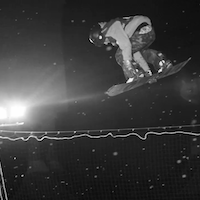 FBBB and High Six Media make it snow in London...
8 years ago | by Intern 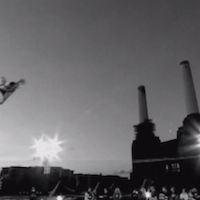 Video highlights from this year's Freeze Festival down in Battersea