Not to be confused with the Canadian R&B ‘rapper’ of the same name, Drake are actually an Italian snowboard and binding brand based in the Italian Dolomites. After starting out by making bindings, Drake moved into the world of snowboard manufacturing and are now committed to providing great products for all standards of rider.

Drake is part of the Northwave family which has been around since 1991. Drake is based in the heart of Northern Italy’s famous bootmaking region, and Northwave began making boots after years of building performance footwear. Seeing as you need more than boots to go snowboarding though (the board and bindings help…), Northwave started Drake in order to make high-quality, yet affordable, bindings and boards.

Drake has over ten years of experience and all their products are designed with input from their team riders which includes the likes of Alex Stewart and The Simpson Brothers. Drake bindings and boards are built to last, and must defiantly take a beating from team riders who push snowboarding to its limits. Drake supports the first-ever Olympic halfpipe gold medallist Gian Simmen, and the current team lineup consists of riders like Alex Stewart, Jake Simpson, Joe Simpson, Kael Hill and Paula Benito.

Scroll down or select from the links below to check out our reviews of this season’s best Drake snowboard gear.

Has it really been a decade since the Rusty Toothbrush crew burst seemingly out of nowhere, and gave the fledgling ‘web edit’ format a much-needed boot up the arse? With more creativity and invention in one of their mini-vids than you’d find on most full-length megabudget DVDs of the time, they soon became the delinquent posterboys of the internet age.

The Drake Battle Rusty snowboard is the third iteration of the collective’s signature model, and the shared Italian heritage has cooked up another winner.

Who Is The Drake Battle Rusty For?

This one prides itself on being a multi-purpose tool that doesn’t sleepwalk into bland, beige utility. Whether you’re in the streets or the backcountry, you’ll feel like you have a specialist tool under your feet. The list of boards that can genuinely do both well is not a long one, so if you’re a fan of both then snap this up.

In reality, the gender categories for snowboards are far from cut and dry. Over the years we’ve seen female-specific boards take a heavy influence from a men’s model, and (latterly, and to a lesser extent) vice versa. It’s also not uncommon to find a rider using a board that’s technically aimed at the opposite gender, because it better suits their physical profile.

What you still don’t see very often, though, is a board that wears its suitability for both men and women as a badge of honour. That’s what Drake’s new Tao of Drake snowboard does, and you’ll now find it under the feet of the brand’s team riders regardless of chromosomes.

Who Is The Drake Tao Of Drake For?

Despite this novel approach, this certainly isn’t for everyone. Unless you favour the JP Walker approach of riding park to warm up for the street, you’d be better off on something with an all-mountain focus. Freestyle fiends will love it though.

A redesigned option in the Drake line-up this season, the DFL Pro is unashamedly a women’s board that absolutely froths for freestyle. A favourite of Drake team rippers Veroniqi Hanssen and Lia-Mara Bosch, the DFL Pro destroys in the streets as much as it does in the terrain park. A versatile directional twin shape means you’re not confined to the park, but you’ll reap the benefits of the balanced outline when you do decide to get airborne. And get airborne you will, with the carbon rod running through the centre of the board, it’s poppier than ever. It’s a bit too advanced for novices, with the stiffer flex and reactive internal layup, but experienced riders have at it. 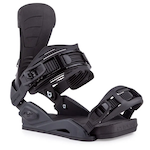 Some choice upgrades for 22/23 ensure the Drake Reload remains a firm favourite among the Drake team. A freestyle focused binding that puts the onus on comfort and support, the Reload comes in unisex sizing to pair nicely with their Whitelines 100 winning snowboard, the Tao of Drake. The updated baseplate offers a stable platform underfoot, whilst the dampening gel in the heel soaks up chatter and takes some of the slap out of big landings. Toolless adjustment in the straps keeps things nice and simple, while the asymmetric shaping ensures you get increased support with a locked-in feel. You can’t fault the pricing here, either.

Our pick of this season's best KORUA Shapes snowboard gear

KORUA Shapes
We use cookies on our website to give you the most relevant experience by remembering your preferences and repeat visits. By clicking “Accept All”, you consent to the use of ALL the cookies. However, you may visit "Cookie Settings" to provide a controlled consent.
Cookie SettingsAccept All
Manage consent