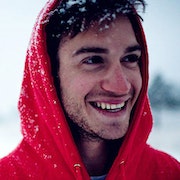 Scotty Lago started his humble beginnings on a snowboard back in 1996 at the grandiose age of 9 in his hometown of Amesbury, Massachusetts at his local hill that was designed for tubing. He soon traded the gentle inclines of small kids in blow up rings for the 22ft walls of the pipe.

He proved himself a dab-hand at the ‘hurtling yourself at a curved wall of snow and go really high’ game otherwise known as the quarterpipe by winning the World Championships in 2004 and proved he was anything but a one-hit-wonder by taking home the bronze at the U.S Snowboarding Grand Prix later the next season.

Scotty has never been the type of guy to be pegged down as ‘the pipe jock’ and went out with friends Travis Rice and Mark Landvik at Brain Farm cinema to prove just that. That’s It, That’s All proved that Scotty had the muscle to throw down with the legendary big mountain rippers and backcountry stompers. Coming in off a high after TITA, Scotty was a last minute replacement for Danny Davis in the US Olympic team after Danny nearly killed himself crashing a quad-bike.

He grabbed bronze in Vancouver, but was then mired in a scandal when controversial photographs of his antics at the after-party made their way into the American media. He soon shrugged that off and continues to ride pipe, only just missed out on making US team for 2014. He also returned for TITA‘s successor, The Art Of Flight. 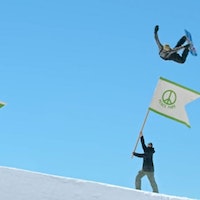 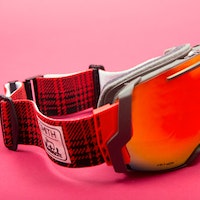 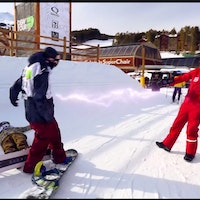 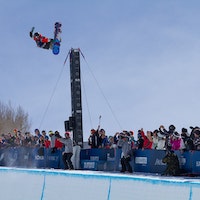 Vail went off yesterday
7 years ago | by Duthie iPod reigns supreme, Ben Ferguson and Danny Davis not far behind
7 years ago | by Sam 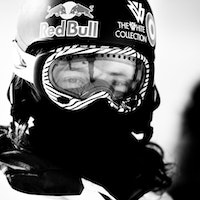 Watch the run that beat him here!
7 years ago | by Nina Zietman Is that Scotty Lago and Kelly Clark singing?!
7 years ago | by Intern 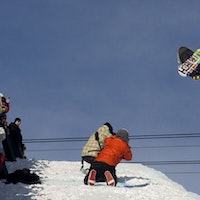 Aussies say goodbye to celebratory champagne in the Olympic Village