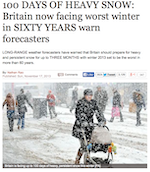 According to the Daily Express (that most reliable and balanced news source) Ol’ Blighty is due to have ‘100 days of snow’ this winter, which will inevitably bring the UK workforce and economy to a grinding halt. That’s what we’ve heard anyway; I think my skin would melt if I came anywhere near a copy of the Express and the outraged fury-fog that surrounds it. But I digress. Snow.

You might optimistically believe this, you may even be planning a rail-scouting trip to one of the continent’s snowier cities, but more than likely you just want to know how to make the most out of the handful of snowy days we get per year. And unless you live near Aviemore or Yad Moss in the Lake District, when there’s snow in the UK then urban jibbing is the name of the game.

Which in some ways is quite fortunate, given that most dome and dryslope kids have been in accidental training for some good old stair metal since day one. But unlike a trip to one of our fridges it’s not just as simple as rocking up and throwing some notes down for a four hour pass; there’s manual labour to be done and very little actual ride time.

But just like ‘earning your turns’ by hiking for powder, the real pleasure of snowboarding is in the journey. Hanging out with your bros, arguing over where to go and building something unique together is some serious fun that only dumb sports like ours can give. Plus the UK has awesome potential as an urban jib mecca if we ever get some long lasting snow, take a look at Jamie Nicholls’ last season edit if you don’t believe me. Or I don’t know, ANY British skate video from the last 25 years. Now go play in the streets!

Sochi 2014 Men's Halfpipe Semifinals Report - Iouri Podladtchikov makes it to finals in style
We use cookies on our website to give you the most relevant experience by remembering your preferences and repeat visits. By clicking “Accept All”, you consent to the use of ALL the cookies. However, you may visit "Cookie Settings" to provide a controlled consent.
Cookie SettingsAccept All
Manage consent