The homies over at Surfdome have been chewing our ears off about their favourite boards for months, and rightly so, they’ve got some pretty rad choices. With winter just round the corner it’s time to start daydreaming about snow, slopes, and spraying skiers on the mountains. In no particular order, here’s the Surfdome top picks for men’s snowboards 2019/20, have a look and get inspired… 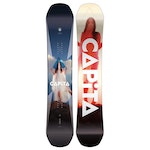 The Capita Defenders Of Awesome is no stranger to being singled out as one of the best snowboards on the market. The DOA, along with the rest of the Capita range, is made in the Mothership which is an eco-friendly factory operating with 100% hydro-power.  The DOA is a great all-mountain snowboard with an aggressive edge thanks to the camber profile. The combination of a twin shape and a medium flex means that the DOA feels right at home in the park or jibbing around the sides of the slopes. It’s geared towards a slightly more experienced rider as extra carbon beams make it highly responsive and snappy. The DOA is a great all-rounder board for someone who wants performance across all terrain.

To shop this snowboard and read more, click here

To see how the Mother ship factory works, click here to view a video. 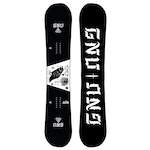 Our choice is the Riders Choice, the people have spoken and we agree that this snowboard deserves to be on the top 5 list. The Riders choice is an all-mountain snowboard with a freestyle focus making it a little more playful than your standard all-mountain offering. This board along with the rest of the GNU snowboards is made in the Mervin factory, which is a zero hazardous waste factory. The Riders Choice uses the clever asymmetrical twin shape, this is a twin shape with a slightly different wood composition on the heel side to give you extra flex. The twin shape paired with the medium flex allows the Riders Choice to perform in the park, whilst the blended fibreglass keeps the board responsive. The Riders Choice will give you speed on whatever terrain you choose to tackle, so you have the freedom to explore the whole mountain. It truly is the riders choice.

Take a peek inside the world of Mervin Made 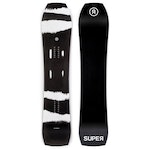 Who’d a thought it! Pigs can fly. Well, the Superpig can. This snowboard is built to give you the best performance across all-terrain. With a hybrid profile the Superpig uses camber for pop and stability whilst rocker in the nose gives you that extra lift in powder. The super elements of this board are the features that keep it one step ahead of the competition in the park. Double impact plates add durability at the biggest pressure points plus extra carbon increases the response of the board for precision riding. The Superpig is ideal for someone who is an advanced rider who wants power and performance from their board. If you find yourself drawn to the park or the streets, you may want to arm yourself with the Huck Knife Pro. The Huck Knife is a dangerous weapon on the freestyle scene, thanks to its oversized camber giving it extra aggression. The true twin shape makes it easy to ride switch in and out of features, so you have more creative freedom. Although this is a freestyle board, it’s highly responsive due to its firm flex and carbon stringers. If you take the Huck Knife Pro out for a spin on the rest of the mountain it’s got mountains of speed thanks to the sintered base and lightweight tips to give you float in powder. The Huck Knife Pro is one of Salomon’s most versatile boards and is ready for action wherever you decide to take it. 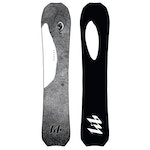 This board has taken to the snow like an Orca to water. It was first released last year in one size, however that didn’t deter people as the Orca quickly became one of the most popular snowboards of 2018/19. So this year it’s back with a few extra sizes to cater to even more riders. This board, along with the rest of the Lib Tech line, is made in the Mervin factory, which is a zero hazardous waste factory. The wider waist on the Ocra means that you can ride it much shorter than usual, plus you can ride confidently through powder. Like all Lib-Tech boards, the Orca features magne-traction edges which increase the bite to the snow when you’re on an edge. The Orca is equipped with a slick sintered base to increase the glide when you’re on snow. The Orca is the perfect board for hunting down fresh tracks and driving deep into the powder.

Take a peek inside the world of Mervin Made

This new smartwatch can help you track, monitor, record and ultimately improve your fitness across a whopping 15 different activities

Surfdome Christmas Gift Guide for Him

Yes, you can also get these for 'her'.

Surfdome Christmas Gift Guide for Him

Does wearing a helmet make you more likely to take risks on the slopes?

The great helmet debate rages on

Does wearing a helmet make you more likely to take risks on the slopes?

What to get the sender in your life for Christmas

Black Friday Deals Roundup
We use cookies on our website to give you the most relevant experience by remembering your preferences and repeat visits. By clicking “Accept All”, you consent to the use of ALL the cookies. However, you may visit "Cookie Settings" to provide a controlled consent.
Cookie SettingsAccept All
Manage consent