Eudemonia, a Greek word that refers to the happiness that results from the exercise of moral virtue, practical wisdom, and rationality. In fewer words, Eudemonia means happiness.

90% of modern-day psychology focuses on healing people with existing mental issues, whilst only 10% is about positive psychology and about learning to reach our full potential and becoming our best self – to find happiness from within.

David Djite, one of the most positive snowboarders to walk this earth, is on his third year of psychology studies. During his studies, David found the course on positive psychology to really spike his interest and saw it as a good way to
become aware of keeping a positive mindset – a mindset that became extremely important during the lockdown caused by the pandemic. “I saw a lot of my friends struggling with the isolation and losing the normal social life. With Eudemonia I wanted to showcase something that people can do without having to depend on social interactions”, he tells us.

Putting together a snowboard film in the midst of a global pandemic was a new experience for both snowboarder David Djite and director Fabian Fuchs (Vans Oasen, Atagge Planetaria…). The two had met a few years back on the shoot for Planetaria but didn’t really know each other too well, only by reputation. David thinks back about how it all started, “I knew Fabi was a really good filmmaker, artist and director, so I got in contact with him through Alex Tank.”

Fabi recalls the early days of planning the film and how the angle of positive psychology could be reflected so well through a rider like David, “David’s riding is a really positive expression of snowboarding and a very unique way of riding in itself. I knew I wanted to showcase this and his positivity.”

But the guys didn’t just want the film to be targeting the snowboard scene and rather make it into something that spoke to a broader audience as well.

“Eudemonia is not a documentary or an educational film, it should speak directly to your emotions and get a certain feeling across”

“It was like building a house, step by step. We had a foundation with David’s snowboarding and positive psychology studies, and then I started to look at different fields and aspects I wanted to talk about in an abstract way,” Fabi continues, “Eudemonia is not a documentary or an educational film, it should speak directly to your emotions and get a certain feeling across.” Adding to the complexity of the production, were the difficulties that followed with the pandemic. “Fabi and I didn’t meet during the whole season because of Corona, so he had to direct the movie over facetime”. David recalls how he and Elmi [Elmar Bossard], the filmer, went up to the mountain, filmed stuff and showed it to Fabi who was sitting home on his sofa.

“It was a really unique way of doing a movie together to not have the director with you,” David tells us. But this wasn’t the only first for David, as Eudemonia also became his first solo project. “I’ve always been part of a huge gang in snowboarding so it’s really different if you have to go up on the mountain and do everything yourself, to push yourself and get your ideas through. And with the concept of self-positivity, you really had to live it throughout making this movie because you were isolated yourself.”

Whilst David was isolated on the mountains, Fabi drew the short straw and was isolating in a flat whilst keeping up with the guys through a screen. Fabi explains how he directed the crew from his sofa, “We always made plans the evening before. I had quite a clear vision of what kind of shots I wanted to get from them. I know David’s snowboarding and I gave pretty precise directions to Elmi on what kind of shots I would like. But, then, of course, the weather and the snow conditions would change every day so that’s something I couldn’t calculate in.”

“Fabi and I didn’t meet during the whole season because of Corona, so he had to direct the movie over facetime”

For David, it was a first time shooting something where the vision for what kind of shots you want, what vibe you need was so clear, “Usually when I go and film a snowboard movie we just go out, build a jump, do our tricks, film it, and try to perform the best you can.”

But Eudemonia wasn’t about performing the best tricks and intense snowboarding. “I hope this is something people can relate to also outside the snowboarding community. I hope people get the feeling that hey, this looks fun. This is about doing something you can do yourself,” David continues, “I’m hyped and thankful for the whole team. I knew everybody from before, but separately, and I think this random bunch of people getting together made the whole movie.”

To add to the uniqueness of the film, Fabi and David worked with a wider team, bringing in Dominic Zimmerman to shoot photography, Elmar Bossard on camera and Miles Singleton who developed a stand-alone soundtrack to match the visuals.

“It was a really interesting journey and a steep learning curve,” Fabi recalls spending many late nights working together with the composer Miles, trying to find the musical language for the film. “Since I’m from the visual world, not the musical world, we had to try and find the common vocabulary to go into the details and we met at emotions. I talked to him about emotions and that was something he could translate into his music.”

“You can’t just re-define snowboarding, we still slide sideways down the hill.”

Bringing in people on the project who didn’t just work in snowboarding was another aspect David was eager to explore, “Miles is a young musician from Zurich and has nothing to do with snowboarding. He had hardly seen any snowboard movies, so he first had to watch some to get the vibe for the music. When we had our first raw cut and the first set of music, he came up to me and said ‘damn we created something really different’. This whole process of a bunch of people working in different fields and coming together and putting their creative part into it makes the whole thing pretty unique.”

However, neither of the guys want to steer the focus too far away from snowboarding. “We both come from snowboarding and still want to respect the culture,” Fabi says and continues, “It’s very important for me that the core snowboarding also appreciates this kind of a film but also that we can step a bit further outside and even show this [film] to our parents. I think my parents never got what I do and especially with street snowboarding, it’s really hard to explain…”

Using snowboarding as a way of showcasing ourselves in different genres of snowboarding is what makes it so special. This year we’ve seen a record amount of snowboard films dropping left right and centre, however, they’ve all got their own uniqueness to them. As Fabi explains, “I feel like this season there aren’t that many films that you would say that that’s like that one, they’re all very niche in a way and I love that.” 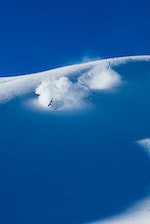 Snowboarding isn’t about copying the person next to you, rather letting the others inspire you, and this applies to our everyday lives too, just as David says, “We all have something that makes us unique, and I think we should show that if we can.”

In the end, the project has yet again reminded the guys of why they love snowboarding so much, and how much it means to them. Eudemonia is a film with many different layers, layers that are up to the viewer to interpret based on the feelings they experience throughout the film, “This is about what you’re feeling, and that’s it” – Fabian.

If you’re heading out to Laax before the end of February, make sure to check out the Eudemonia Exhibition with still and a screen with the movie at Riders Hotel.

ACCOUTREMENT | A FILM BY TRAVIS RICE

ACCOUTREMENT | A FILM BY TRAVIS RICE

The Ride team is at it again

A Season Project from Maxi Preissinger

169 | Maxi Preissinger
We use cookies on our website to give you the most relevant experience by remembering your preferences and repeat visits. By clicking “Accept All”, you consent to the use of ALL the cookies. However, you may visit "Cookie Settings" to provide a controlled consent.
Cookie SettingsAccept All
Manage consent