Max Parrot just bested a very stacked field of riders to take the top spot in the men’s Olympic Slopestyle final after putting down a helluva run to receive a score of 90.96. Only one problem though- he missed a grab at a crucial moment and wasn’t scored down for it in one of the most controversial judging oversights in the history of snowboarding.

Click here to read our exclusive interview with Olympic Head Snowboard Judge, Iztok Sumatik, who spoke to us about how events unfolded inside the judge’s box

There’s not much that can be said about the whole fiasco except ‘nope’. Slopestyle is already blurring the lines with Big Air, with judges favouring increasingly groan-inducing spins on the jump section rather than style, creativity and flow. Add #KneeGate into the mix and you’ve got one hell of a (shit)show.

This isn’t a dig at Max Parrot, he didn’t ask the judges to do this but regardless, this is bad for snowboarding. Mark and Su Yiming aren’t the only ones who took a beating today, China’s reputation as a surveillance state has been left in tatters after a technological failure that will go down in history a la Diego Maradona’s Hand Of God as one of the worst calls we’ll see in sport.

People are pissed at the results, possibly none more so (at least publicly) than Chris Grenier:

A post shared by The Bomb Hole Podcast (@thebombhole)

Mat Crepel takes a different approach and instead of piling blame on the judges, he points the finger at the IOC for not providing adequate filming and production staff that actually understand snowboarding: After comparing the men’s final to “eating a salad for dinner” Todd Richards gives us a visual demonstration of a real grab. Can always count on Todd to tell it like it is:

Stan Leveille, editorial director of Slush Magazine, bringing the memes as per usual:

Natural Selection COO and Co-Founder Liam Griffin took to his IG story to weight in from an event management point of view: 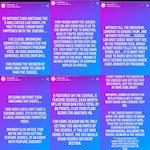 “This Has Been My Life, This Sport” | The Shaun White Interview

“This Has Been My Life, This Sport” | The Shaun White Interview

Halfpipe Is Still the Best Event at the Olympics. Here’s Why

Halfpipe Is Still the Best Event at the Olympics. Here’s Why

From Soldier to Snowboarder | Owen Pick Goes For Paralympic Gold

Owen Pick was just 18 when he was injured by an improvised explosive device in Afghanistan, now he has his sights set on a podium...

From Soldier to Snowboarder | Owen Pick Goes For Paralympic Gold

All the highlights of the Olympic Games, from redemption to retirement, mega runs and MASSIVE methods

Gasser clinches Gold in a nail-biting final run, Zoi lands deep and 12's are very much on the menu

In one of the best snowboard halfpipe finals ever, Japan's Ayumu Hirano finally claims Olympic Gold

Men's Olympic Halfpipe Finals | Hirano Lands Triple Cork 14 In Pipe To Claim Gold
We use cookies on our website to give you the most relevant experience by remembering your preferences and repeat visits. By clicking “Accept All”, you consent to the use of ALL the cookies. However, you may visit "Cookie Settings" to provide a controlled consent.
Cookie SettingsAccept All
Manage consent