Nomis was set up by pro snowboarder Simon Chamberlain and his brother, Andre. As an independent rider owned company they make some of the freshest outerwear and apparel out there.

The Chamberlains set up Nomis in 2000 to get away from the boring assembly line gear that was coming out of snowboarding’s biggest names. They wanted to take things back to the core, with independent and vibrant products.

Things kicked off for the pair when Simon became a bit of a big deal through his super smooth riding in films such as Promo Copy. Simon’s technical rail steeze with switch-ups and nollies drew peoples attention, as did the plaid clothes he was rocking in his video parts. Nomis soon gained recognition as making original, fresh gear that stood out from the monotonous, monochrome outerwear that was around at the time.

The Nomis team is headed by Simon Chamberlin and the rest of the team is made up of relative unknowns like Trint Thomas and Jordan Phillips who are up and coming in the Canadian scene.

Nomis has stayed true to its founding roots, focusing on making comfortable, stylish gear that looks good on and off the hill. With a full range of products that ranges from outerwear to tank tops and board shorts, Nomis have something for pretty much all occasions. Every garment is made to the specifications of the Chamberlin brothers so you know it’s going to keep you warm and dry even if your sessioning that street rail at night or riding through trees during a blizzard. 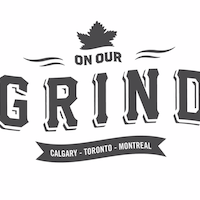 Nomis - On Our Grind Teaser

New film coming from Simon Chamberlain and co.
9 years ago | by ed 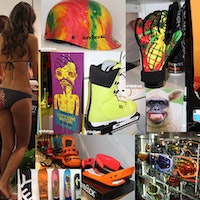 First pictures and reviews of the new snowboards, boots, bindings, clothing, goggles and accessories for the winter 2012-2013 season, at the ISPO 2012 tradeshow.
10 years ago | by ed