The meme. It first appeared around 3500 BC when some wag drew an eagle on a sarcophagus, and before long the same eagle was appearing in various guises on Egyptian comment threads everywhere.

Memes are the catchphrases of our time – they get funnier every time. Work life? Relationships? Donald Trump? There’s a meme to sum up everything (and if by any chance there isn’t, you can always make a new one).

Snowboarding, of course, is not immune. Why make a reasoned Facebook argument about Shaun White’s latest comeback when can say it with a sarcastic screengrab from Game of Thrones? Heck, one guy has even gathered 20,000 fans just from posting his own pithy gems.

So without further ado, here are a few of our faves. Y U No using them already? 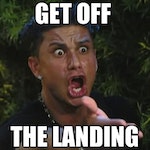 4) You know what Mr Morgan, you’re not bad at this snowboard thing 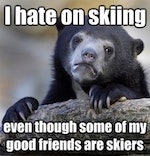 8) Shaun sure loves his bling… 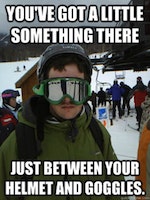 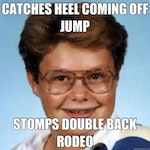 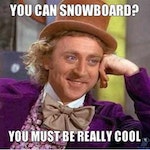 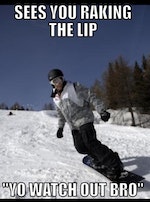 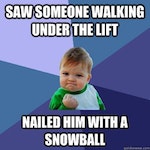 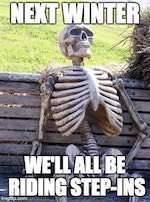 19) Because everyone loves a pun

20) Spoiling for a fight 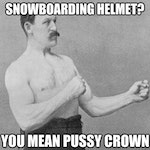 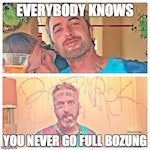 24) For deployment beneath every new edit, ever 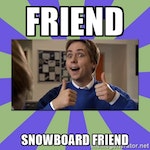 30) How legends are made

32) For the overconfident person in your life 36) The struggle is real

37) Debate snowboarding? But everything is awesome

Bonus) Because telling the internet always makes you feel better

Got any favourite snowboard memes we didn’t include? Add ’em in the comments!

Welcome To The Golden Age

Forget the 90s – there has never been a better time to snowboard than right now. Here’s why.

Welcome To The Golden Age

Why Snowboarding Needs To Talk About Race

The snowboard community has a choice to make - be part of the problem or part of the solution.

Why Snowboarding Needs To Talk About Race

How To Survive The Summer

If you can't take the heat, perhaps one of these summer activities will tide you over until winter

How To Survive The Summer

Dirty Secret: Why Every Snowboarder Should Try Mountain Biking

Snowboarding and mountain biking might take place in different seasons but there are a lot of similarities. Check out this incredible gallery of mirror images...

Dirty Secret: Why Every Snowboarder Should Try Mountain Biking

Snowboard World Mourns Death Of Noah Salasnek
We use cookies on our website to give you the most relevant experience by remembering your preferences and repeat visits. By clicking “Accept All”, you consent to the use of ALL the cookies. However, you may visit "Cookie Settings" to provide a controlled consent.
Cookie SettingsAccept All
Manage consent