While testing new snowboard gear in the Alps is always a pleasure, it did mean that we missed the start of the Scottish season. After a soggy few weeks in which floods were causing more problems than snowfall, the white stuff finally arrived – and along with it, tales of terrific days had in all five of Scotland’s resorts; Glencoe, Glenshee, Nevis Range, Cairngorm and the Lecht.

The Whitelines photo beacons were duly lit, and like the Rohirrim you answered – even with tip-top conditions, it seems there’s always time for an Insta-slam. Here’s a roundup of your best photos from the Scottish shred: 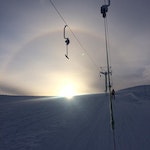 The early bird gets the worm – especially where Scottish snowboarding is concerned. As well as the benefits of beating the queues and bagging a good parking space, you might also get treated to sights like the one Lianne got at Cairngorm. Beautiful.

Another early start – or is that a late finish? Either way, Chris has timed his trip well. 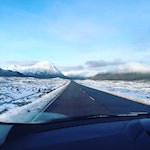 Nothing beats a blast up the A82 through Skyfall country, with a shred at Glencoe waiting at the other end. And if it’s a day like the one Justine had, then all the better. 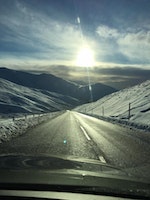 Where’s James off to? We reckon Cairngorm, but wherever it is, it looks like he made the right call.

5. “The Lecht on Sunday” – Iain Maitland

Despite being the smallest of Scotland’s five resorts, the Lecht can really offer the goods when the snow is good. The scenery isn’t bad either.

Arran is channelling Xavier De Le Rue in this shot – albeit on skis. It’s no Alaska, but Easy Gully at Nevis is still a contender for least appropriately-named descent in Scotland.

Callum captures the groomers in full swing – fingers crossed for more days like this. 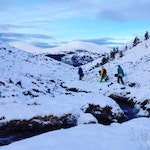 Anna got what basically counts as a pow day in Scotland, including a run down the famous Ciste Gully. Well worth the stomp back to the lifts.

Not bad – but how was it on Wednesday? 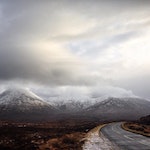 OK, first off they’re called the Cuillins, and they’re not exactly ripe for a shred, but it’s a nice shot so what the hell.

12. “I live near Nevis range but could not get up this weekend so put my pony to good use instead” – Jessica Crighton

Keep your snow shots coming! Hit us up on Facebook, tag us on Instagram (@whitelines_snowboarding) or e-mail ’em to [email protected]

Summer to winter, tarmac to snow - Sparrow Knox is always at home

How to backside 720 on a snowboard, in super slow motion