If you’re waiting for the season to start or just suffering from post season withdrawals get yourself to TSA’s Big Bang Show where you can have free coaching sessions. It’s the UK’s biggest snowboarding show and it even travels across the UK to a place near you so there’s no excuse to miss out…

Its a pretty sick show, it holds the UK’s largest hardware demo village where you can test a crap load of snowboard gear, and theres a load of on the day discounts and promotions…everyone loves free stuff.

All the free coaching session information is on the Big Bang website, and if you end up at the Tamworth SnowDome, UK’s Jamie Nicholls is working as a special guest coach, and if that doesn’t get you stoked enough, snowboarding legend Blaise Rosenthal is also shooting over the Atlantic to team up as a second guest coach. Remember to book sessions with the hosting slope your going to as coaching sessions are limited so book early. Full booking information is on the the Snowboard Show website. 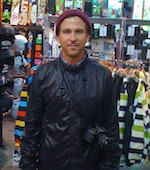 Here are the dates for this year:

Meet and greet the team behind Forum Snowboards..

Check out all the details here

Meet and greet the team behind Forum Snowboards..

Check out all the details here

TSA Indoor Winter Games approaching fast
We use cookies on our website to give you the most relevant experience by remembering your preferences and repeat visits. By clicking “Accept All”, you consent to the use of ALL the cookies. However, you may visit "Cookie Settings" to provide a controlled consent.
Cookie SettingsAccept All
Manage consent